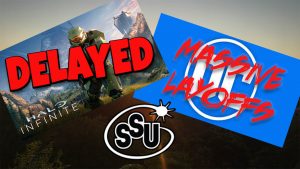 The past two days two major topics dropped in the news, one being about DC Comics having a massive “blood bath” of layoffs and the other being Halo Infinite is being delayed until 2021. So of course I wanted to share my thoughts on these two topics so here we go!

When it comes to Halo Infinite, I believe 343 delivered an awesome teaser and EIGHT minute long game play trailer showing off the new chapter of Halo. However this past week 343 announced they would be pushing the game back to 2021 to work on it a bit more. Obviously after the game play trailer and fan feed back they felt the game would not be ready in time to launch with the X-Box Series X. In my opinion that’s completely OK. There are so many games that will be coming out this holiday season; Watch Dogs: Legion, Assassins Creed Valhalla, New Pokemon Snap, Cyber Punk 2077 to name just a handful of big games coming out. I’m sure everyone will have something to hold them over for a few extra months while 343 work out all the things they need to for the game to be the way they want it to be. I would rather wait just a little bit longer and get a better game, then to have it rushed out and have yet another unfinished game that everyone will be upset and let down with…I’m looking at you when I say this ANTHEM! I made a video sharing my thoughts a bit more in depth on my vlog channel.

DC Comics…well this has been a year when I think about them. When the Corona Virus hit and Diamond Distributing closed their doors for two months all comic companies felt this impact. Recently DC Comics had a massive layoff, even Jim Lee’s title in DC was changed. Now one could say well its cause of corona, honestly then why hasn’t this happened with Marvel or any other comic company for that matter? Marvels moving along life as usual, even pushing extra books out. Independent companies since Diamond reopened have continued along life as usual. I believe the problems began when DC Comics was the only company to break away from Diamond and do their own thing. Now we ALL wanted the companies to start distributing comics on their own or find a way to have more that JUST diamond distributing so if they closed there would be other sources. DC was the ONLY company to go to two MAJOR internet sites (midtown and Discount comic book service) and help them create a distributing branch to ship their books from and then broke away recently from diamond. This upset many comic shops, because now they would have to make a bulk of their orders from a distributing company that was their own competition. So DC truly alienated themselves from comic shop owners. They even went as far as to change the day their books would release to Tuesday, an entire day earlier than every single other company, further dividing them from the group of comic companies. Many fans still only frequent their stores on the normal Wednesday saying they aren’t going to make a special second trip to the comic shop because DC wants to release a day early. Marvel has gone as far as to make a variant cover set saying “On Sale Wednesday” as I’m sure a knock to DC. 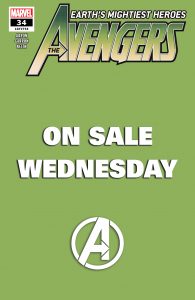 On top of all this rumors of another reboot are happening, one writer is working on several books, characters are being changed around, and a good amount of fans aren’t liking it (not all). Honestly and I didn’t say this in my video, but if Disney was to swoop in right now and attempt to buy DC Comics from AT&T/Time Warner because of the debt AT&T are in (if true) don’t be surprised if they sell. Would Disney do it…probably not. Might help get DC back up on it’s feet again, but one company having both of the biggest comic brands in the industry…oof just that thought of that, I don’t know how I would feel about that. At this point I think DC needs to return to Diamond, no one else has shown even and inkling of an interest in leaving Diamond. If other companies were following in DC footsteps it would be different, but they’re not. Everyone went back to life as usual except DC, that needs to change. Also just STOP with the reboots and changes that honestly don’t work (DRAKE being one of them). One writer should not be on more than three books, there are so many awesome writers out there. If you have different artists on each book you should equally have different writers on almost every book! I love DC Comics, it’s been my comic book home since I started reading and collecting comics, I don’t want to see it fade away. I truly hope DC bounces back from this and gets better. I also made a half hour video talking more in depth about this.

Celestial Falcon #1-2 is LIVE on Kickstarter!