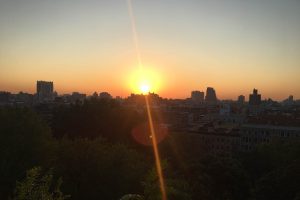 A new year has begun once again, which means a completely new fresh slate. Towards the end of last year I was really hoping to start up a few things again…unfortunately that clearly did not happen. So instead I took time off from everything the last few weeks of 2021 and started things hard about what exactly I want to do moving forward, IF I wanted to truly move forward with anything. I’m not going to lie I’ve had way more than a few blocks, some have been a bit more challenging than others to…I guess you can say “over come”. I was honestly just getting tired of being “back” but not at the same time, it was a really weird in between to be in. I wont lie I was honestly very close to just NOT, you know, it’s been over a year and a half without doing ANYTHING comic book wise, really regimented schedule wise, writing wise, everything just took a huge stop. I know I’m in the hardest part NOW the “getting started” part, and its frustrating cause it’s like I’m trying so hard to get myself started again and I just kept stalling.

First of all I haven’t truly sat down and read a weeks worth of comics the “right” (my opinion and how I read in the past) way for a very long time, second so much has happened and so many things have changed/events past it’s hard to just JUMP back in, with some series after reading two issues I to be fair had no interest in continuing anyway (at least for that story). DC Comics feels a little off for me because I missed the big future state event and now things seem to be leading back to events that happened in that series. Not to mention all of the changes that have gone on. Marvel I feel like I slipped back into a little bit easier, Spider-Man I found myself wanting to go back to learn more about what I missed. The independents I feel have been the easiest to jump back into (at least the book I hadn’t been keeping on top of). When it comes to writing, A lot of it is just edits and stuff I just haven’t felt the drive, but I have addressed those feelings inside of me and feel very strong about moving forward with some writing (stories) on here. I am a man that loves to tell a good story and I have a lot of stories to tell! Game streaming I know the only way to see ANY success with that is to have a scheduled time to do streams in and them make sure to save all of my videos to post later on Youtube. I’ve messed around with a lot of stuff the past year to get things just right for streams, now it honestly is all about the schedule and getting back into games outside of my comfort stream game which has been solely Fortnite. I JUST WANNA GET SPIDER-MAN!

Social media in the coming year, oof, I’ve been neglecting social media other than my gaming twitter (ChaoticFalcon86) for a good year. To be fair and this is truly how I feel about this site, Facebook out of all of them I feel like it’s just for attention grabbing. It’s so easy to post up a faux persona/life/family/agenda/you name it; I should know I know several people on Facebook doing that. That was a huge reason why I just didn’t give a crap about Facebook for a good 9 months. I can’t be/do fake, it’s just stupid, especially when people can see right through your lies…maybe some people can live in the ignorance I can’t. Moving forward though I am going to be using ALL my social media to not only promote my work but add to my internet presents. However it’s going to all be real and something new. I honestly just didn’t want to come at people like a mess or honestly in the mental place I was at for the past while. However now I’m taking what I’ve learned and DEFINITELY using it moving forward to help others as well.

I feel like I got a little over ambitious with wanting to do several writing projects at once, especially with the want to go back to Youtube and still stream to twitch. So I will be doing some writing however it’s going to be one story at a time and then depending on what’s going on I will rotate into a new story when the one before it finishes. I am working on some smaller writing projects (single posts or random ones from time to time, I will talk about my first here in a moment). While I love telling a good story I think its better to focus on one at a time instead of eventually four at a time, it was a bit ambitious but with everything else I have planned to do, it’s just not doable. Again though, there will be a ton of content both media and entertainment wise to keep everyone happy. Also yes, Celestial will still be on the shelf for the time being (sorry).

Bouncing off of the last topic I do want to make a small announcement most people on discord and close friends already know about this, now going completely transparent. For a long time I’ve been a huge supporter, friend, and ally to the furry community. Today I announce that I have joined the furry community and yes I do have a fursona. This all honestly started two months ago while I was talking with this amazing woman known as Brilliband. Trust me one day she’s going to be huge, especially if I have anything to say about it. Anyways we were just talking about fursonas and stuff, I mentioned my concept for if I had mine and then there I was coming up with a dozen ideas for Twitch streams. While there are absolutely no plans for a fur suit I have found an amazing artist again thanks to Brilli and I love this person’s art so much I think they will be the one to draw my furries. Yes I say furries because there are 2, a main one and his alt.

I really don’t want to give too much away but I will say a little. Obviously he is a white/blue wolf I battled back and forth with the name because my original fursona/alt name was taken by someone else, whether on purpose or coincidence I have no idea. This was the first major hurdle because originally I was just going to change it (to Jonesy) but many people in the community as well as Brilli told me I should keep it because tons of people have the same name. So I decided to keep the name and let people believe what they want I can’t be bothered. So Casey Gemini is my fursona, the reason I’ve chosen Gemini as his last name is because like I said he has an alt which he can change into at will or in certain situations (will absolutely happen on stream). Casey’s alt is Blaze a black/red wolf. There is a back story on why he can change and why Casey and Blaze are two almost completely different personalities. I will be saving that as one of my short story posts before introducing them on stream. They will definitely be fun additions to the streams.

Ah pod/vid casting! I loved it; I had so much fun with it. However looking at everything I have in front of me, I just don’t see the time to do all the casts I’d love to. I love doing a lot of things, as many of us do. Sadly looking at the reality of what I have in front of me already, I’d love to be SUPER ambitious but the truth of the matter is MAYBE I’ll put out ONE monthly general podcast. I don’t see it going beyond that for a very-very long time unless things somehow change. I’m definitely not against gusting on a few shows as well; I just am not looking to make unrealistic goals anymore.

Originally I wanted to get things back to the way they were in the past, the way I was. Quiet quickly 2021 showed me the past is exactly what it is the past, as much as I would love to get that person back, he definitely would not fit in the year 2022. So I guess we’ve come full circle as it seems again; I’m not who I was not too long ago, however the person I was in the past wont fit in now in the present so I guess it IS time for something…new. This will definitely be interesting, and I honestly can’t wait to see where we all are 3-5 years from now. I can promise all of you this it definitely will be different, but its going to be big, REALLY BIG! Who know what else will be added as time goes on but I have a very strong feeling vlogs, overviews (toys/trade paper backs), mystery boxes, and more will slowly come back as activity picks up again. Anything can happen, just keep your eyes on the skies and follow the shooting star!